The successor to the 964, the 993 was the last model of the classic Porsche
911 series to feature an aircooled boxer engine.
Parts of the critical areas of the 993 body were made using highstrength steels. In contrast to the 964, engine features now included an engine management system and a twin exhaust system with two separate metal catalytic converters. 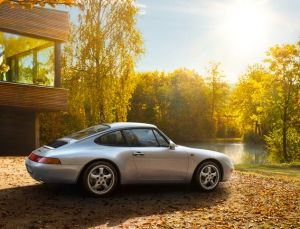