From September 1996, the Porsche Boxster set a new benchmark in performance and safety in the opentop sports car segment.

The roadster combined the exceptional driving dynamics of a sports car with unrestricted everyday practicality.
An innovative kinematic system enabled the electrically powered roof to open and close in just 12 seconds – an unrivalled feat.
The Boxster distinguished itself from its fiercest competitors with its midengined concept and typical Porsche sixcylinder boxer engine. 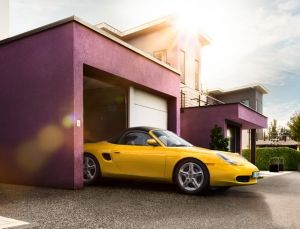