The successor to the 944, the 968 was offered as a Coupé and Cabriolet.

Further development of the transaxle layout resulted in outstanding response and low fuel consumption. At that time, the 968 was regarded as the fourcylinder with the highest torque and displacement in its class. 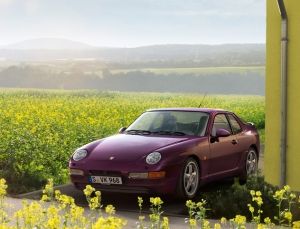